Dopamine Dominance – The Purpose of the Pill Stop 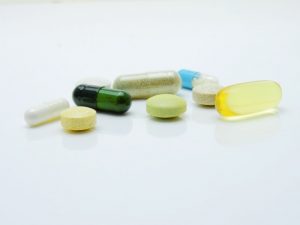 Once it has been determined that a person is dopamine dominant (via the successful completion of a dopamine challenge), the next step in optimizing neurotransmitter function is determining the amount of L-dopa needed (from standardized mucuna pruriens) to maximize symptom control. In order to do that, periodic adjustments are made to the mucuna dosing followed by a pill stop. Successfully completing a pill stop can provide valuable information on how to proceed; unfortunately, many people do pill stops incorrectly, which delays the optimization of their neurotransmitter function and symptom relief.

Pill stops are used to determine if more or less L-dopa is necessary to optimize neurotransmitter function in those that are dopamine dominant. Generally, pill stops are employed after a person has been on a given dose of amino acids (without changes and taken exactly as directed) for five to seven days. In order to complete a successful pill stop, the following criteria must be observed:

Urine testing may also be used during this process to help optimize neurotransmitter dosing. It is very important that the urine collection be conducted (a) after at least 7 days of consistent amino acid dosing (i.e., all products taken exactly as directed without changes or missing a dose) and (b) that the urine sample be taken BEFORE the pill stop is initiated (i.e, while the amino acids are being taken). We have seen many clients that have come to us from other providers that have been collecting their urine sample during the pill stop; these results will not be accurate and will result in erroneous recommendations.

Periodic pill stops are necessary to optimize a person’s L-dopa/mucuna 40% dosing. They provide a safeguard against overdosing the L-dopa/mucuna 40% and should be used regularly throughout the process of amino acid optimization for a person that is dopamine dominant.