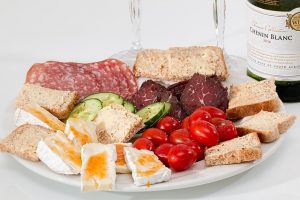 For those clients that are found to be dopamine dominant, including everyone that has restless leg syndrome (RLS) and Parkinson’s disease (PD), we often recommend that they avoid foods rich in the amino acid tyramine while taking L-dopa/mucuna pruriens and/or large amounts of L-tyrosine. This is because that in some people, this combination can cause an abrupt increase in  blood pressure.

A large dietary intake of tyramine rich foods (or a dietary intake of tyramine while taking MAO inhibitors or high amounts of L-dopa/L-tyrosine) can cause what is referred to as the “tyramine pressor response”, which is defined as an increase in systolic blood pressure of 30 mmHg or more. This is thought to be due to the displacement of norepinephrine (noradrenaline) from the pre-synaptic neurons by acute tyramine ingestion, which causes vasoconstriction and increased heart rate and blood pressure.

While this response has been noted in less than 5% of the people we have seen using amino acid therapy, it is worthwhile to error on the side of caution when administering high doses of L-dopa (mucuna pruriens) and/or L-tyrosine and avoid tyramine rich foods until each individual’s response can be measured. Once more, we have found that this response is generally of very short duration, ranging from 1-20 minutes, in those that experience it after consuming tyramine rich foods, and that the blood pressure returns to normal after this period of time. If this occurs, a food diary can be of great value in determining what the offending food(s) are to avoid future unwanted complications.