Alcoholism is a common, yet debilitating disorder that can leave many people feel helplessly out-of-control. We, along with a large and growing number of providers, have found that properly balanced amino acid therapy can significantly reduce the compulsion to drink alcohol, helping those who need it regain control and establish new habits.

Neurotransmitters, like serotonin, dopamine, norepinephrine and epinephrine, are stored in the pre-synaptic neurons in packages called vesicles. While these neurotransmitters are in the pre-synaptic neurons, they are safe from enzymatic degradation (metabolism) by various enzymes (including monoamine oxidase (MAO) and catechol-O-methyltransferase (COMT) enzymes). However, once they move into the synapse, they can be degraded by these enzymes. 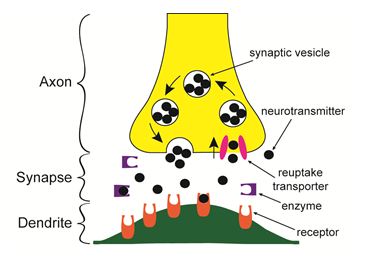 Alcohol causes an increased excretion of dopamine from the pre-synaptic neuron into the synapse. With the increased movement of dopamine molecules into the synapse caused by alcohol, there is an accelerated metabolism (depletion) of dopamine molecules. Regular alcohol intake will exacerbate this process until a person’s dopamine levels become so depleted that they feel they need for more and more alcohol (or other dopamine-stimulating drugs or activities) to feel “normal”. If they discontinue alcohol use, then the full effect of their neurotransmitter imbalances become apparent, with symptoms of depression, anxiety, insomnia, migraines, pain and cravings being common.

Once a person’s neurotransmitter stores have been depleted, the only known way to replenish those stores is with targeted amino acid therapy. Medications can shuffle around neurotransmitters or force the release of additional neurotransmitters from the pre-synaptic neurons, but this provides only limited relief at best and almost always makes the underlying neurotransmitter imbalances worse over time, leaving a person in a more depleted – and desperate – state. We can change that with the proper blend of amino acids.

We have seen numerous cases involving those with chronic over-consumption of alcohol where optimizing neurotransmitter function with amino acids has lead to the complete resolution of the compulsion to drink. This is a life-altering, even life-sustaining change for these people which can then afford them the ability to follow through with their goals of improving their lives.

If you or someone you know suffers from alcohol addiction and are looking for a way to help you eliminate alcohol from you life, consider amino acid therapy. There are leading health professionals throughout the United States that can help guide you through this process. To find a provider near you or to learn more about amino acid therapy, please contact NeuroResearch: www.neurosupport.com.