Dopamine Fluctuations and the Melanin Steal – Part 1 of 2 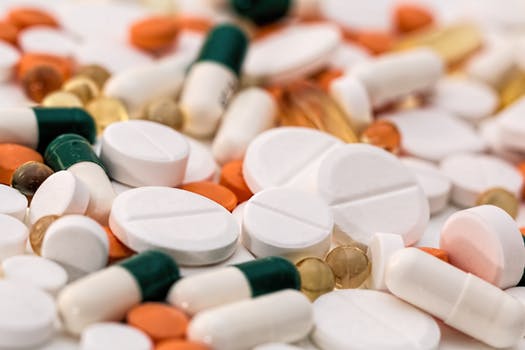 It can be very confusing and concerning for a person to get a test back with a “Critical High” or some correspondingly high number reported for their dopamine value. Often times, this represents what is called a “dopamine fluctuation” and is actually a sign that something is stealing dopamine away from neurotransmitter synthesis that must be corrected.

Part 1 of this 2 part series will describe what is occurring; Part 2 will describe clinical implications and what needs to be done to correct dopamine fluctuations in order to achieve optimal neurotransmitter function.

Phase In, Phase Out

When giving L-dopa, there is a physiological limit to how high into phase 3 dopamine will go on a given amount of L-dopa. When giving 120 mg of L-dopa (equal to one capsule of D5 Mucuna 40%) this phase 3 urinary dopamine limit is 1500; at 240 mg of L-dopa/day it is 2000; at 360 mg of L-dopa/day it is 3000. Any number dramatically higher than these numbers indicates a dopamine fluctuation. When dealing with dopamine dominance, dopamine fluctuations are occurring anytime the dopamine level is above 40,000 ugr/gr Cr. Note, any result that is above 20,000 ugr/cr Cr will be reported as “Critical High” on the test report. The words “Critical High” may sound menacing, but very often, they are an indication that the body is not using the amino acids as intended and some adjusting is necessary. It is almost never an indication that a person is taking too much L-dopa and should reduce their dosage.

Example: A person taking two capsules of D5 Mucuna 40% per day (or 240 mg of L-dopa) has a urinary dopamine reported at 6400 ugr/gr Cr. The person may look at this and say, “I am taking too much Mucuna because my dopamine levels are too high.” However, they would be incorrect. Based on what we just discussed, the highest phase 3 dopamine we can achieve on 240 mg of L-dopa per day is 2000 ugr/gr Cr. Something else is going on.

Another example: a person with Parkinson’s disease is taking 3.0 grams of D5 Mucuna 40% powder four times daily (for a daily total of 12.0 grams) and their test results come back with a dopamine value of 240,000 ugr/gr Cr (“Critical High”). This is NOT an indication that they are taking too much L-dopa; it is an indication that the body is not using the L-dopa as intended (see below).

L-dopa is necessary for many functions in the human body, including neurotransmitter synthesis. However, it is also used in the production of melanin. Most of us think of melanin as the pigment in our skin (which it is), but it also appears to play an important role in protecting the dopaminergic neurons in the brain. This production of melanin takes precedent over the synthesis of dopamine; this is called the “melanin steal”.

When the melanin steal occurs, the gates that we are measuring using the urine test (the Organic Cation Transporter N2 or OCT-2) close down. When this occurs, more dopamine is directed out of the body (and brain). That is why the dopamine number reported upon testing is so high; we are seeing the result of the melanin steal and the loss of too much dopamine (in this case, through the urine). The same phenomenon is happening in the brain, with more L-dopa begin drawn away from neurotransmitter synthesis and toward melanin synthesis. This is most likely a protective mechanism – the body is taking the L-dopa/L-tyrosine to protect the neurons. However, it does require some adjustments in amino acids in order to achieve proper neurotransmitter function.

Part 2 of this 2 part series will discuss the clinical implications of the melanin steal and how to effective correct them.