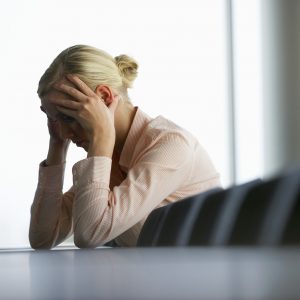 Parkinson’s Disease (PD) and those with Restless Leg Syndrome (RLS) are the prototypical dopamine-dominant disorders. People that suffer with these disorders may require very large doses of L-dopa many times throughout the day in order to keep their symptoms under control. While working up to the optimal dose, many times these people will experience nausea after taking their amino acids. This generally happens because of an imbalance between serotonin and dopamine. Correcting this imbalance is often easier said than done, and the help of a provider experienced in the therapeutic use of amino acid therapy can be invaluable to do so in a timely manner.

There are two main ways to improve and eliminate nausea with dopamine dominance. The first is to adjust the amount of serotonin precursors. We use a product called NeuroReplete to supply serotonin precursors in order to obtain and maintain proper neurotransmitter balance. The first step in this process is counter-intuitive; many people find relief from their nausea with a reduction in serotonin precursors. This means that if a person is taking one capsule of NeuroReplete twice daily, they would reduce the dose to one capsule once daily. If their nausea does not improve after 3-4 days, then (and only then) would they then increase the dose of NeuroReplete. The procedure is then to increase the NeuroReplete by 1-2 capsules/day every 4 days until (a) nausea is under control or (b) the person is taking eight capsules per day of NeuroReplete. If symptoms of nausea are not under control with eight NeuroReplete capsules per day, you’ll need to work with your provider to further support the serotonin system and/or check for dopamine fluctuations.

The second reason a person will experience nausea with dopamine dominance is due to dopamine fluctuations. With dopamine fluctuations, dopamine levels in the urine will often skyrocket. When this occurs it means that the body is not utilizing the dopamine precursors properly and a person’s dopamine levels will  subsequently fluctuate throughout the day (think roller coaster). Inherently, this causes imbalances between serotonin and dopamine, which can lead to nausea. In this case, the fix requires reducing the L-dopa source (we use an extract from mucuna pruriens called D5 Mucuna 40%) to a level where the nausea is tolerable; we then begin steadily increasing tyrosine while utilizing urine testing to determine when the dopamine fluctuations have come under proper control. Proper testing in these cases is essential, as the range of tyrosine necessary to calm the dopamine fluctuations can vary dramatically and overshooting the mark can cause additional unwanted symptoms, including heart palpitations, blood pressure fluctuations, insomnia and anxiety.

We have found that between 50% and 80% of people that are dopamine dominant require some adjustment in serotonin precursors and/or additional tyrosine to optimize their neurotransmitter function while keeping any potential unwanted symptoms under control. This should not be too surprising – everyone is different and it only stands to reason that every single person will require a customized dose of amino acids in order to optimize their system.