Does Long Term Use of Psychiatric Drugs Cause More Harm Than Good? 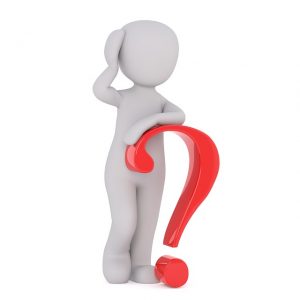 According to a recent account in the British Medical Journal, the answer to that question is probably “yes”. In this review, Professor Peter Gotzsche explains that “psychiatric drugs are responsible for the deaths of more than half a million people” and that their benefits “are minimal”.

In this article, Dr. Gotzsche points out that there are several ways drug manufacturers manipulate data and/or studies to overstate benefits. First, almost all clinical trials that show benefit are biased because they included people that were already taking another psychiatric medication. This means that patients in the placebo group go off their medications “cold turkey” and often experience withdrawal symptoms. When the symptoms of these people are compared with the symptoms of the people in the arm of the study that received the medication, the results are exaggerated because people receiving the drug are being compared to people that are in drug withdrawal. It is known that psychiatric medications deplete neurotransmitter levels, so these people in the control group that were taken off of their medications are actually in a worse state at the time the study was conducted than they were before they were put on the original medication(s) to begin with. Comparing how they feel versus. how someone feels that is not in withdrawal is not a statement of benefit for the medication; rather, it is proof that these medications cause depletion and dependence, that eventually leaves the people taking them in a worse state than before they started.

In addition, these studies designs are flawed because they have not been adequately blinded. What this means is that side effects of antidepressant medications alert both the participants and the researchers involved who may or may not have received the medications, which can thus bias the test results. For example, if I am involved in a drug trial, I am not supposed to know whether I am receiving the medication or a placebo and neither are any of the researchers involved. If I start to have side effects during the trial, I now know that I most likely received the drug, as do the researchers that are conducting the trial. Because I now know that I am receiving the drug, I am much more likely to report benefits, whether those benefits are real or simply perceived (i.e., the placebo effect). In order to test for this, researchers can conduct trials with what are called ‘active placebos’ which give the people in the control group the same side effects of the studied medications, but without any of the proposed benefits. When this is done, no meaningful effects are found with antidepressant, anti-anxiety or ADHD medications.

Not only are the benefits of psychiatric medications often overstated because of faulty study design or data manipulation, the risks involved are also dramatically under-reported. Dr. Gotzsche reports that the under-reporting of deaths in industry funded trials is a major flaw. He conducted a meta-analysis on randomized clinical trials by the US Food and Drug Administration including over 100,000 patients and estimated that there have been 15 times more suicides among people taking antidepressants than reported by the FDA; that is not 15% more, it is 15 TIMES more, or 1500% more. This discrepancy often occurs because of faulty study design. For instance, there were 14 suicides in 9956 patients in trials with fluoxetine and paroxetine, whereas the FDA noted only 5 suicides in 52960 patients; this discrepancy occurred  because the FDA only included suicides that occurred up to 24 hours after patients stopped taking the drug, when it is known that long-term harm from these drugs occurs for weeks and months after they are discontinued.

Dr. Gotzsche states that given their lack of benefit “we could stop almost all psychotropic drugs without causing harm – by dropping all antidepressants, ADHD drugs, and dementia drugs (as the small effects are probably the results of unblinding bias) and using only a fraction of the antipsychotics and benzodiazepines we currently use. This would lead to healthier and more long lived populations. Because psychotropic drugs are immensely harmful when used long term, they should almost exclusively by used in acute situations and always with a firm plan for tapering off, which can be difficult for many patients.”

Amino acid therapy can provide the solution most of these people need to reestablish optimal neurotransmitter function and alleviate symptoms of imbalance. Amino acid therapy can also be used very effectively to help those that wish to taper off these medications to minimize withdrawal effects. In these situations, it is imperative that amino acid therapy be guided by an experienced practitioner; you can find a practitioner by contacting NeuroResearch: www.neurosupport.com.