What Does a “Dopamine Fluctuation” Mean? 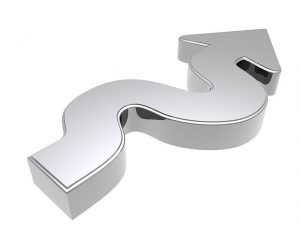 A person undertaking amino acid therapy will have periodic urine testing completed in order to determine if/how to adjust their amino acid dosing in order to optimize neurotransmitter function. Along the way, they may get a lab value for dopamine (or serotonin) that is much higher than is expected. This is often referred to as a “dopamine fluctuation”. We have provided a two part series discussing the dopamine fluctuation in more detail; here I wanted to provide a brief overview of what a dopamine fluctuation is and why it’s important to find and correct them as soon as possible.

We use amino acid therapy in an attempt to optimize neurotransmitter function and alleviate symptoms associated with neurotransmitter imbalance. During that process, we use specific urine testing to help us determine how a person is responding to therapy so that we can adjust their amino acids in order to get closer to optimization. When a dopamine level comes back much higher than expected, we first make sure that the person (a) took all their amino acid supplements exactly as directed for at least 7 days prior to testing and (b) collected the urine sample correctly. If both of those check out, then a “dopamine fluctuation” is suspected.

A dopamine fluctuation is thought to occur due to something termed the “melanin steal“. Basically, what happens is that the L-dopa we provided the body is not going into dopamine production. Rather, the body shunts this L-dopa into the production of a compound called dopaquinone, which is a precursor to melanin. It turns out that in addition to providing pigment to our skin, melanin is a powerful antioxidant with a special function of protecting the dopaminergic neurons in the brain. It therefore appears that the melanin steal is a protective measure the body takes to try and prevent further damage to the dopaminergic neurons in the brain. However, this closes down the gates in the kidneys that we are trying to open (the Organic Cation Transporter (OCTN2)) which causes the dopamine in the urine to go sky-high. It also usually correlates with fluctuations in symptoms, which can be frustrating for patient and provider alike. Luckily, there is a way to saturate this melanin steal so the body can use the L-dopa to make dopamine more effectively; and that fix is tyrosine.

How much tyrosine is needed to calm the dopamine fluctuation varies from person to person; we have found that most people need between 15-30 grams (that’s correct grams, not milligrams) to saturate the melanin steal; however, we have seen many cases where 60 grams or more are necessary. This is where testing becomes absolutely necessary in order to determine the exact dose of tyrosine needed for each individual person.

Once the proper amount of tyrosine is provided on a daily basis, the melanin steal is saturated and the body will efficiently convert L-dopa into dopamine. Then it becomes a matter of finding the right amount of L-dopa necessary to minimize symptoms and optimize neurotransmitter function.

While dopamine fluctuations are frustrating, they can almost always be brought under control with proper amino acid adjustment. Working with a provider that is experienced in the therapeutic use of amino acids will greatly facilitate this process.