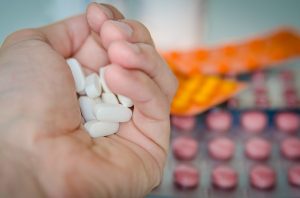 I receive dozens of inquiries on a monthly basis about an amino acid protocol that people with Parkinson’s Disease (PD) can use to improve their mental and physical function. Some of these people are not (and have not) taken any conventional medications for PD, such as carbiodopa/levodopa; but many are taking some combination of conventional medications and are not receiving relief from their symptoms. The problem is, everyone’s needs are different, so there is no one protocol people can follow to achieve optimal function. However, here I will detail the general process that should be followed in order to find each person’s optimal amino acid dosing.

In general, it is recommended that all drugs being prescribed at the start of amino acid therapy be continued until the person’s symptoms are stable or a drug side effect develops. The exception to this rule is with Parkinson’s disease. The teaching and research of Marty Hinz, MD states that if any of the following medications are being taken, they must be stopped before implementing amino acid therapy: MAO inhibitors (i.e., rasagiline/Azilect, selegiline, phenelzine/Nardil, isocarboxazid/Morplan), COMT inhibitors (i.e., entacapone/Comtan, tolcapone/Tasmar), or carbidopa (i.e., carbidopa/levodopa/Sinemet, Stalevo, Rytary). The rationale for this approach is that, based on the research of Dr. Hinz, carbidopa profoundly depletes vitamin B6 throughout the body; vitamin B6 is essential for proper neurotransmitter function and production. Once these medications are stopped, vitamin B6 is administered (generally 200-600 mg/day). The protocol developed by Dr. Hinz recommends that these medications be stopped “cold turkey” and do not need to be tapered. Thus, it is important to work with a provider that can monitor these changes and/or work alongside a person’s medical provider during the change-over.

Now, obviously, a person that is no longer taking these medications will have a profound need for L-Dopa/dopamine. As a general rule, a good starting dose of Mucuna (standardized to 40% L-dopa) for most people can be calculated by taking the amount of L-dopa previously taken via medication and multiplying that number by a factor of 12.5. For example, if someone was taking 600 mg per day of L-dopa via medication, they would begin amino acid therapy by taking 600 x 12.5 = 7.5 grams of Mucuna 40% in divided doses per day, along with the other supporting amino acids (included in NeuroReplete and CysReplete) to maintain proper neurotransmitter balance.

The next step is then to systematically alter the amount of Mucuna 40% in order to achieve optimal symptom relief using a process of pill stops and testing. Pill stops are generally conducted every 5-7 days on a given dose of amino acids. Testing is conducted periodically (the time interval varies for each person) to insure that the body is using the L-dopa properly. Throughout this process, the amount of NeuroReplete can be adjusted to eliminate the most common indications of neurotransmitter imbalance, namely nausea and/or dizziness, as the Mucuna dosing is increased/altered.

This process continues until a person’s symptoms are under optimal control.

As you can see, the process may be relatively straightforward, but the details involved can get quite complicated. This is why it is so imperative to work with a provider that is experienced in working with people with Parkinson’s disease using amino acid therapy. To find a provider, contact NeuroResearch at www.neurosupport.com.